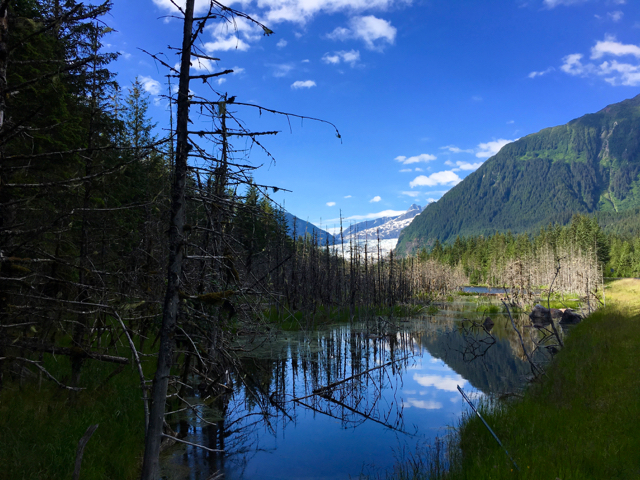 ALST600 Alaska Studies was not a typical history course – no lectures, timelines or tests. Your instructor was far from an expert on the subject.

You just experienced project-based learning.
What did the teacher in you learn? 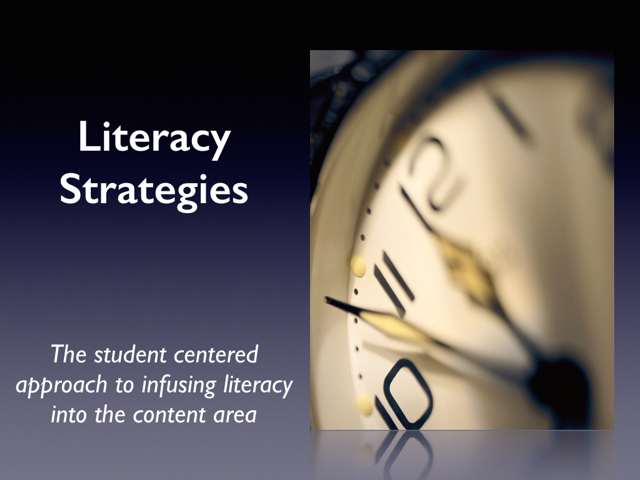 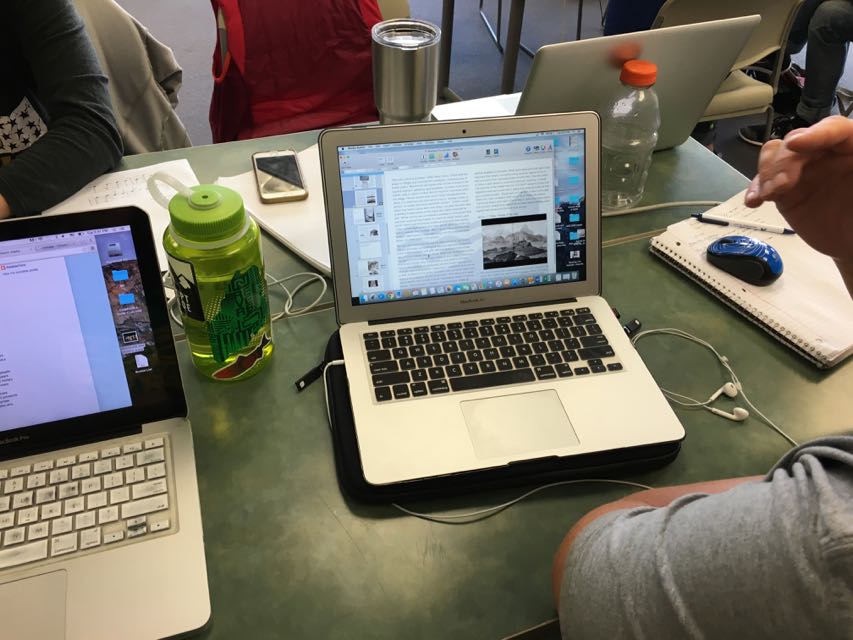 Each design group should produce a rough draft of their intro in a shared Google Slide presentation. Each slide can roughly mimic a page of the iBook. Don’t worry about the layout and design. Instead focus on what text and images would be on each page. Google slides also allows you to quickly rearrange or insert / delete pages.

One student can create the initial Google slide presentation, then give permission to other group members as well as Angie and Peter to edit.

Design groups should collaborate on a chapter introduction that provides readers with background on the natural environment, built environment (surroundings created by and for humans) and culture of the indigenous people of the region. The bottom line: your intro needs to introduce the reader to how the indigenous people of the region found a way to thrive in that area.

The introduction could include maps, timeline, artifact photographs (including historical), graphs, videos, audio files, or other items that build background for the reader.

Essential understandings could include: 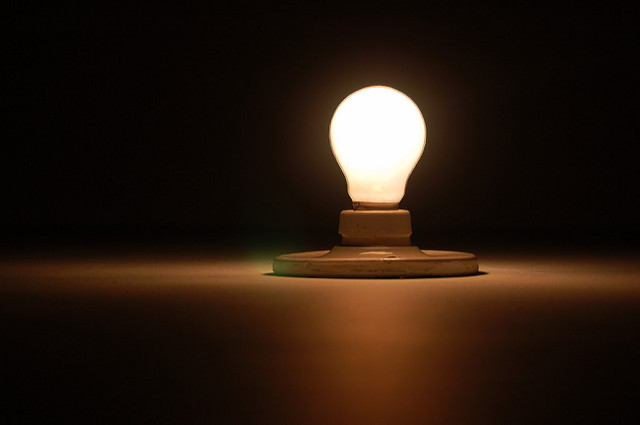 Time to give some initial form to your idea for a lesson. It should be a short “elevator pitch” with just enough information so that others can get a sense of what you’re working on. Please do this as a blog post due by Sat night 6/18. (Use the categories “student posts” and “idea”)

Students should plan to read their design groups ideas in prep for Monday’s class.

See if you can answer all five questions

Be honest in your appraisal – if you’re stuck, others might be able to help you.

Image source: I have an idea @ home by Julian Santacruz 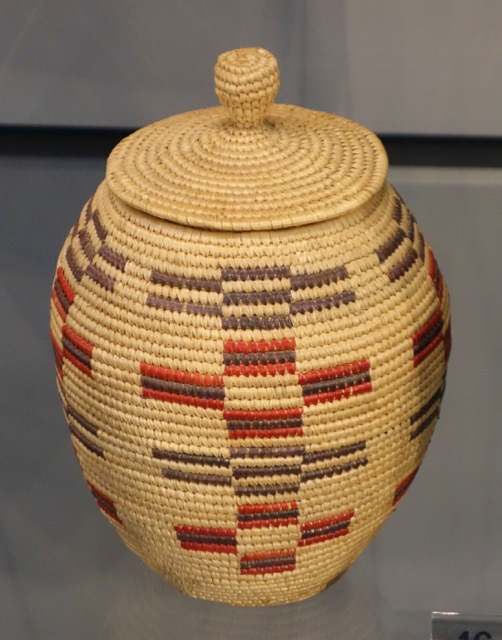 We will be taking a trip to the Alaska State Museum. While we are there find an object that intrigues you. Take a picture of this object to feature in a blog post. In your post be sure to include:

The piece (artifact) that spoke to me

Waves of trade- a day at the SLAM 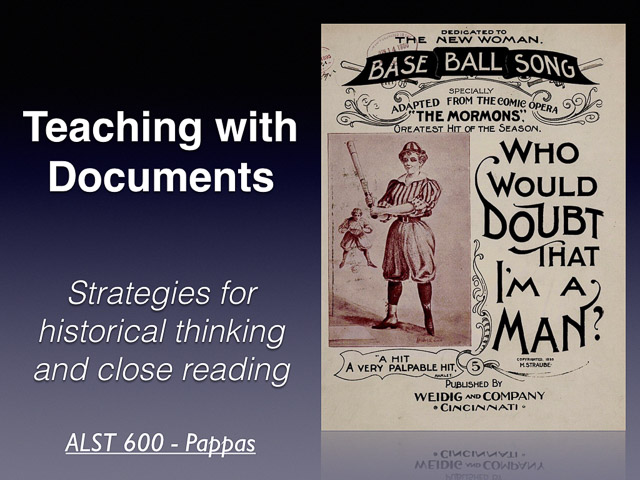 In preparation for this class I’d like students to

Our class begins with a review of the three assignments above

Today we begin our study of historical thinking skills based on the work of Sam Wineburg and the Stanford History Education Group (SHEG). We will focus on three key skills – Sourcing, Contextualizing and Corroborating. See historical thinking chart (pdf at SHEG).

My Juneau Map; My life generally revolves around music and my kids.

My Schools: A Walking Tour

Place: Where to eat in Fairbanks, Alaska

Place is identified in terms of the relationships within and between physical characteristics (e.g. topography, vegetation, climate) and human characteristics (e.g. economic activity, settlement, land use). Places have distinctive features which give them meaning and character. A description of place, therefore, has an element of human subjectivity. The description depends on what characteristics about a place you choose to value and highlight and how you organize or classify that information. The Geography Toolkit

Students should read assignment and consider their response prior to our June 14 class where we will use class time for design work.

Assignment: Design a map representation of an Alaskan place. Preferably one you are familiar with or want to know more about. (As an alternative, Alaskan newbies can use a non-Alaskan location if they get stuck.)

Design your map using Google MyMaps and be sure to include at least 6 destinations. And be sure to attach about 10 content elements to the map - these could be photographs, videos or links to attractions. You may wish to design it as a walking or driving tour of your destinations.

All content should be geotagged to the map at its actual location (or close to it). The map can represent a contemporary setting or be based on a historic perspective. If you prefer you can design it from an indigenous perspective.

When your map is complete, embed it in a blog post that details what you hoped to convey in your map, and/or what you learned from the experience.

Background: Places are locations having distinctive features that give them meaning and character that differs from other locations. Therefore, places are human creations, and people’s lives are grounded in particular places. We come from a place, we live in a place, and we preserve and exhibit fierce pride over places.
Places are jointly characterized by their physical and human properties. Their physical characteristics include landforms, climate, soils, and hydrology. Things such as language, religion, political systems, eco­nomic systems, and population distribution are examples of human characteristics. Places change over time as both physical and human processes change and thus modify the characteristics of a place. Places change in size and complexity as a result of new knowledge, ideas, human migrations, climatic changes, or political conflicts. From National Geography standards

Image credit: Skagway, Alaska by Jasperdo
Looking south on Broadway. The building with the gold dome is the Golden North Hotel, which was built by the Klondike Trading Company in 1898. "The Gateway to the Klondike", Skagway served as the main stepping off point for the Klondike Gold Rush of 1898. Today, it is a well preserved, very historic town, in a beautiful setting.